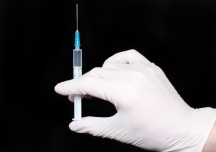 Despite his claims to fame, Ben Goldacre’s ‘Bad Science’ Forum is ironically an effective gatekeeper for the lucrative vaccine industry…

I have endeavoured to raise serious discussion about individual vaccine products on the ‘Bad Science’ forum but was met with hostility and derision by people, mostly hiding behind pseudonyms, who were intent on closing down discussion on vaccination and protecting the status quo.  See for example:

I was ‘permanently banned’ from participating in the ‘Bad Science’ forum in December 2012 (ostensibly for not responding to a sarcastic and time-wasting person hiding behind the apt pseudonym ‘Pipsqueak’), so the opportunity to publicly air concerns about vaccination on this popular UK-based forum was closed to me.  Any questioning of vaccine products and the vaccine industry is effectively forbidden on the ‘Bad Science’ forum.

Indeed, this attitude is reflected in general society where it seems that any questioning of vaccination is taboo. It is truly frightening the way legitimate concerns about vaccination are stifled in our so-called democratic society.  As a result, more and more vaccine products are added to national vaccination schedules, with little or no consultation with the community.  There is a serious lack of transparency and accountability in this area.

It’s time there was an objective look at the burgeoning vaccine market which has soared from $5.7 billion ten years ago to $27 billion today.  Vested interests in the medical/scientific establishment and pharma industry must be subjected to scrutiny.