UPDATE: Please see my detailed letters and emails challenging mandated revaccination of likely already immune children with a second dose of the live Measles/Mumps/Rubella (MMR) vaccine, and lack of advice re the availability of a blood test (i.e. an antibody titre test) to verify a response to MMR vaccination.  I have raised this matter with the Australian NHMRC, AMA, ATAGI, Tanya Plibersek, the US HHS and US ACIP, Paul Offit, Barbara Loe Fisher, Peter Mansfield and others. 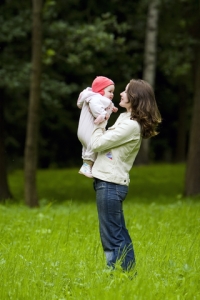 It’s likely that most children will be immune after the first effective dose of the live Measles/Mumps/Rubella (MMR) vaccine.*

It’s astonishing that mass populations of already immune children are being arbitrarily revaccinated with a second dose of the live MMR vaccine (misleadingly termed a ‘booster’), because a small proportion of children may not have responded to the first dose.

As the first MMR vaccine dose is likely to provide lifelong immunity, why are parents of young children not being informed there is an option for a blood test (i.e. an antibody titre test) to check for MMR immunity for their children, rather than an arbitrary second MMR dose at four years of age (or 18 months in the revised Australian vaccination schedule)?

The cost of a blood test is likely to be around $50, an option that cautious parents might prefer to choose to verify a response to vaccination rather than an arbitrary second dose of MMR vaccine. Surely this is a right in our society which values individual autonomy?

Testing for antibody status is being recognised as best evidence-based practice for dogs and cats.  For example, the World Small Animal Veterinary Association’s Guidelines for the Vaccination of Dogs and Cats (2015) acknowledge that “the principles of ‘evidence-based veterinary medicine’ suggest that testing for antibody status (for either puppies or adult dogs) should be better practice than simply administering a vaccine booster on the basis that this would be ‘safe and cost less'”.

If testing for antibody status is being recognised as best evidence-based practice for dogs and cats, surely parents of small children and others should be made aware of this option?  (Laboratory and in-clinic testing is now available for companion animals to verify a response to vaccination with modified live virus (MLV) vaccines for parvovirus, distemper virus and adenovirus (although many veterinarians remain reluctant to inform their clients of this option as it threatens the “convenient income generator” [1] of regular revaccination).

In June 2012, I forwarded a detailed and fully-referenced letter about this matter to the then Federal Minister for Health, Tanya Plibersek, i.e. “Questions re the Ethics of Australian Government Mandated Vaccination”. Minister Plibersek’s office refused to respond to my letter, a startling example of non-accountability of this Federal Government Health Minister.

On 11 March 2013, I forwarded an email directly to Professor Terry Nolan, Chair of the Australian Technical Advisory Group on Immunisation (ATAGI), requesting his response to the questions originally put to Federal Health Minister, Tanya Plibersek, i.e.

Q1:    Is it ethical that government immunisation schedules in countries such as Australia[2], the US[3] and the UK[4] ‘recommend’ two doses of MMR vaccine, which results in many already immune individuals being needlessly revaccinated?

Q2:    Have safety studies been undertaken in regard to having the second MMR (and MMR + Varicella) vaccine at 18 months, i.e. six months after the first vaccination at 12 months, rather than at four years?

Q3:    Are the parents of children being informed that one dose of MMR vaccine is likely to confer lifelong immunity, particularly for measles and rubella? Are they being offered the opportunity to sign a consent form that includes this information?

Q4:    Are people being offered the option of serological testing to verify a response to the vaccine?  (The cost for such testing is around $50 for those cautious parents who may prefer this option rather than arbitrary revaccination.)

Q5:    Is it ethical for the Australian Government to withhold Family Tax Benefits from families who refuse to have their already immune children revaccinated? Professor Nolan was also asked:

Q.6:    Can you please advise if ‘declaration of interests’ information for ATAGI members (i.e. detailing any possible conflicts of interest) is publicly accessible?

On 12 March 2013 I received a response from the ATAGI Secretariat saying: “Thank you for your email. Please be advised that a response will be prepared for you as quickly as possible.”  On 5 November 2013 I received a hard copy of a response from Professor Nolan (dated 27 May 2013) via South Australian Government MP, Stephanie Key, who I requested intervene on my behalf for a response on this matter from the then Federal Government Health Minister, Tanya Plibersek.  It appears the extraordinary delay in my receiving a response from Professor Nolan was due to an incorrect email address being included in his letter, which means I did not receive the electronic version (i.e. it was sent to the wrong person).

Professor Nolan’s response was not satisfactory and I approached the National Health and Medical Research Council (NHMRC) about this matter.  Refer to these hyperlinks for details: UPDATE: NHMRC Ethics Committee and the MMR second dose and Measles/Mumps/Rubella (MMR) vaccination and ‘informed consent’.  I have also established a webpage to record my Letters to the NHMRC re vaccination and ethics. My letter to Minister Plibersek and email to Professor Nolan were also copied to other parties with expertise relevant in this area, i.e.

* In the US there are questions about the effectiveness of the mumps component of the Merck MMR II vaccine, see for example “Lawsuits claiming Merck lied about mumps vaccine efficacy headed to trial”, FierceVaccines, 9 September 2014.

Author’s disclosure:  In my statement above I am arguing for parents of children (and other individuals) to be given the option of only one dose of live MMR vaccine and the opportunity to have a blood test to verify immunisation before the arbitrary second dose of live vaccine MMR.  As my argument appears to support the medical intervention of live measles, mumps and rubella vaccination, I must also disclose that, as far as I am aware, I have not had this medical intervention myself.  I was born in November 1959 in London.  My mother recalls me having measles around 18 months of age (this would have been in 1961, and is unlikely to be laboratory verified…)  She was a young mother, only 19 years old and I was her first child.  She was shocked to see her baby covered in spots and called the doctor to the house.  My mother recalls the doctor said I had measles, but told her not to worry, they would just run their course (a rather more benign message than we receive nowadays…)  My mother said the spots lasted about ten days and I did not seem to be too adversely affected.  She said “it did not put you off your food in any way” and “you used to sleep right through the night from 10.00 pm to 6.00 am.”  In 2012 I had serological testing (i.e. a blood test) to check my immunity for measles, mumps and rubella.  According to these tests I  understand I am ‘protected’.  It seems I have natural immunity to measles due to having this disease as a child.  Somehow I must have had exposure to mumps too, but I do not recall having obvious symptoms of this disease.  It’s likely I had rubella vaccination as a girl.  My mother also mentioned that she was diagnosed with having the mumps when she was fifteen years old (again, unlikely to be laboratory verified).  She said: “The pain was so bad I can’t describe it.”  This seems to fit with the idea that these diseases can be more severe in older individuals.